Lung Cancer Treatment in India: All You Need to Know about it!

Lung cancer is the most common and leading cause of death around the globe. Lung cancer was once unheard of in India. However, it is currently our country’s most frequent cancer. It affects predominantly men and is one of the most common causes of death. Recent numbers have shown increased incidences of it amongst women as well. Lung cancer is the most alarming type of cancer. The diagnosis of lung cancer in its early stage is difficult, and by the time the doctor can diagnose it becomes critical. Generally, lung cancer occurs in patients above 65 years of age. In contrast, only 3% of people aged 45 and under have lung cancer. One of the prime reasons for lung cancer is smoking, followed by air pollution, prolonged exposure to radon gas, asbestos fibers, etc.

India boosts to have the best thoracic and lung, cancer surgeons. They not only assist patients by providing cutting-edge treatment facilities, but they also assist them in dealing with the challenges of living with cancer. It is carried out by sharing information, supporting them emotionally, physically, and mentally. There are many world-class Lung surgery treatments and hospitals in India that cater to the healthcare requirements of cancer patients from India and abroad.

What is Lung Cancer?

Lung cancer, like other cancers, develops when the normal development of growth and cell division is disrupted, resulting in uncontrollable, aberrant growth. The cells further grow into a tumor or a mass. Lung cancer develops over a period of time. Lung cancer spread outside the lung without triggering any symptoms. The confusion in detecting it arises due to the most common symptom – persistent cough – which is often mistaken for bronchitis or a cold. When the uncontrolled growth of cells in the lung spreads to other parts of the body or returns after removal, the cells become cancerous or malignant. The most prevalent cancer diagnosis is between the ages of 65 and 70. 25% of cases of lung cancer worldwide are diagnosed in non-smokers.

Localized stage of cancer –cancer is restricted within the lungs

Distant stage of cancer –Cancer has spread to other places of the body and has metastasized.

Lung cancer symptoms do not always appear until the disease has progressed. However, some of the early signs of lung cancer are as below:

Small cell lung cancer, compared to the other types of lung cancer, is less common. It accounts for 15% of lung cases globally. This type of cancer spreads swiftly. Small cell carcinoma has progressed to other places of the body before the diagnosis itself. This type of cancer is fatal due to its ability to spread and grow extensively to other body parts without being discovered. Smokers get affected by this type of cancer, as it is directly related to cigarette smoking. Based on their specific cell appearance under the microscope, they are also known as oat cell carcinomas.

Lung cancer is one of the most difficult cancers to treat. The stage of cancer and the cell type is the most crucial factors to determine the survival rate. The patients who are diagnosed at the localized stage of cancer are curable. Regrettably, most patients are diagnosed when cancer has spread outside the lungs. On top of it, lungs are sensitive body organs that may not be able to endure some treatment methods. It is why lung cancers have the poorest survival rates amongst all other types of cancers. Some lung cancer treatments are used to control cancer, while others are used to reduce the symptoms and improve the quality of life. The average cost of lung cancer treatment in India is around INR four lakhs to INR seven lakhs. However, it entirely depends on the stage of cancer, treatment required, cities, and type of hospitals.

Some of the lung cancer treatments in India are either used independently or are combined to treat the precise stage of cancer.

Target therapy uses the new class of drugs that are designed to act on the weaknesses in the cells or blood vessels. These medications can be taken orally or intravenously. This therapy is most efficient in cancers where there has been a specific change in the cell receptors or their genes.

The primary treatment for lung cancer is radiation therapy. It is frequently used in conjunction with chemotherapy. It is generally used to treat patients suffering from an advanced stage of cancer by providing relief from blockage of the airways and shortness of breath. Radiation therapy focuses on the cancer cells that are being treated. Some side effects of this therapy are fatigue, skin color change, loss of appetite, etc.

Surgery is widely preferred to treat early-stage lung cancer. Removing the tumor and adjoining lung tissues through surgery is best when the stage of cancer is localized. The surgery is generally performed by thoracic surgeons having specific expertise to treat lung cancer. The surgeon analyzes whether the tumor should be removed or not. Because of their location or whether they have impacted neighboring essential organs, not all tumors can be removed. Surgery may not be the best option for patients having poor lung function or multiple medical problems.

Lung cancer treatment is determined by the patient’s stage, location, type of cancer, treatment preference, and overall health. The Lung surgery treatments and hospitals in India are globally recognized, have state-of-the-art facilities, and are renowned for providing world-class medical care to all the patients. There are several cancer hospitals in major cities all over the country. They offer optimum services to both domestic and international patients. Most cancer hospitals have the latest surgical and radiation technology for cancer treatment that allows precise and safe elimination of tumor cells without any side effects.

Almost all the renowned lung cancer hospitals in India are there on the Mediflam platform,  register yourself, upload all your documents – which are safe in your account, check out the various doctors and hospitals available on the system, choose as per your preference, and select the appointment with the preferred doctor. Alternatively, if you are stuck, connect with our Mediflam team; they will be happy to assist you with it.

1. How does lung cancer start?

Lung cancer generally begins in the cells lining the parts of the lungs like alveoli and bronchioles. There is an uncontrolled growth of normal lung cells, unregulated cell division. These cells do not carry out the regular functions; instead, they build up and form lung tumors or masses.

2. What are the seven signs of lung cancer?

The seven signs of lung cancer are as below:

3. Can lung cancer be treated successfully?

Yes, the success rate of lung cancer treatment is fairly good. Even if lung cancer is not entirely curable, it is treatable. A person can have a good quality of life with the latest technology and treatment options such as chemotherapy, radiation therapy, targeted therapy, and surgery.

4. Can lung cancer be treated in India?

Yes, there are several internationally renowned oncologists and hospitals for lung cancer treatment in India.

5. Which hospital is best for lung cancer in India?

Some of the finest Lung Cancer Treatment Hospitals in India are as below;

A woman who tries to live by the philosophy of Hakuna Matata. A travel trade professional in the past and at present, a content writer by sheer coincidence. Discovered my knack to articulate thoughts, expression, research, or data into words, be it for travel, medical, technology, or emotional health. To put these contents in a simplified manner that resonates with the reader and ultimately unravels the purpose of the write-up. When not busy with writing, loves to hone my gardening skills. 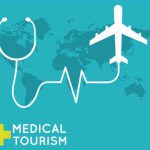 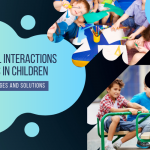 ADVANCEMENTS IN THE PACEMAKER SURGERIES IN INDIA January 17, 2022 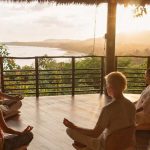 Why should one opt for a wellness retreat for optimum health? October 26, 2021

Why do People Travel to India for Medical Tourism? October 23, 2021
VIEW ALL POSTS BY Nikita

Previous Post Why should one opt for a wellness retreat for optimum health?
Next Post Gujarat- The Fastest Upcoming Medical Destination In India