Beautiful is a word that is highly subjective and perceived differently by the masses. You might have heard that some people like dusky skin while some are crazy for white skin. India especially has been obsessed with the whiteness of the skin for centuries. The irony is that we crave a skin tone like the white people and the whites want dusky skin like us and hence can be found tanning under the sun. The sad part is that “Gorapan” is an adjective that has been linked with the future of a woman. Her entire character is judged based on the color her skin carries, her marital prospects to her decisions, all are at the mercy of her skin color. The fact that many companies have earned crores of rupees just by promising a lighter skin tone is a sad testimony to a deeply disturbing social taboo that is still being practiced in the 21st century.

However, in recent times, there has been a seismic shift in the thought process of the populace. Recently, Hindustan Unilever Company was heavily criticized for promoting fairness as a symbol of beauty in a country that boasts of a diverse range of skin tones. The company has said that they will rebrand the name of Fair and Lovely cream by dropping the word “fair” and celebrate an inclusive vision of beauty. This is surely a victory in its kind, where a market behemoth had to acknowledge a fact that was being exploited for a long time. With knowledge and education among people, the realization of healthy, glowing, and supple skin has become the ultimate goal. From the common ingredients available to us to the complex serums and potions and vitamin capsules, the range of things that can be used as beauty products is bewildering. The dadima nushkas of mixing besan and haldi to the expensive complex treatments offered by some of the most renowned beauticians, the common person is confused with the options at his/her disposal. They have raised themselves above the most common earlier used steps of beauty which were cleaning, toning, and moisturizing. These people are now no more fooled by the products that claim unrealistic gains through marketing gimmicks. Especially during the pandemic, consumer awareness is increased mainly because of easy internet access where information is freely available. People have now started following beauty bloggers and try to understand what suits them the most. This is the most important aspect that needs to be understood. There is no fool-proof formula that works for all. Each and every individual is unique with a different genetic makeup which translates into different looks and textures. Only a qualified person can make a proper diagnosis and help to achieve the desired result. However, in modern times where time is a major constraint for most working professionals subjected to a lot of stress, online consultation can prove to be a boon and come in handy in getting the right advice and an informed decision.

Nowadays, the quest of looking young forever has preceded everything. It has become an obsession among the high society people who resort to some of the complex treatments that common people have not even heard of. There is almost not a single organ that cannot be resorted to some kind of beauty treatment these days. From simple laser hair removal treatments to some of the most complex surgeries like breast augmentation and Brazilian butt lift, the world has seen a lot of developments in recent times. Botox injections have become a common treatment. The beauty industry has shown tremendous growth in recent years, almost 15%-20% annually. The industry is pegged at $2.68 billion in the current year. The cosmetic products have grown at a rate of 60% and cosmetic treatments at a rate of 5%. The Indian cosmetics industry holds promising growth prospects for both existing and new players, says a report. The forecast of the hair and beauty industry is pegged at a per capita annual spend of $1.2 which is expected to grow to $6.2. The new players have made a mark by being transparent. One of the owners said that if the treatment is expected to show results in 4 months then we mention the same rather than promising unexpected results. The modern scientific developments coupled with honesty and transparency have instilled confidence among the consumers. Thus with the information readily disseminated on the internet, the common people have become aware of the new avenues that have come up. With online consultations now becoming a common thing, it has become very easy for anyone to get a fair amount of idea of the procedures that need to be done on them.

With a bewildering array of treatments available, it has become quite a task for the common man to choose one that suits him/her best. Thanks to the advanced technologies, one can get opt for an online dermatologist consultation and have proper awareness before narrowing down the treatment options. Recent awareness in Ayurvedic and Naturopathy techniques has also offered an alternate avenue having significant potential in restoring the natural beauty of an individual. The common man of the 21st century is abreast of the new developments and doesn’t get into the traps laid by the MNCs to mint money out of them. The real meaning of beauty that is a result of the perfect synchronized union of the mind, body, and the soul, has gained traction in recent times. Easy access to the internet facilitating access to information and expert opinions through online consultations have helped the common people to decide the right course of action that can help them live a longer, beautiful, and life full of vitality. As the adage says, “Beauty lies in the eyes of the beholder”; indeed each and every life form is beautiful the way it has been created. 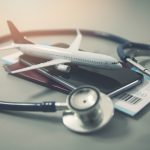 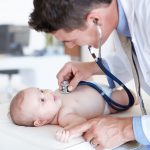 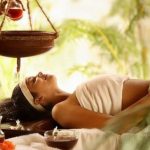 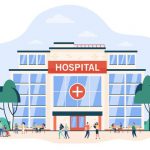 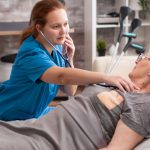 HOW DOES CARDIOVASCULAR DISEASE INCREASE THE RISK OF SEVERE ILLNESS AND DEATH FROM COVID-19 May 19, 2021
VIEW ALL POSTS BY Viral Kotecha 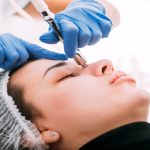 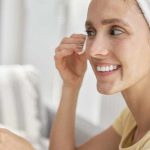